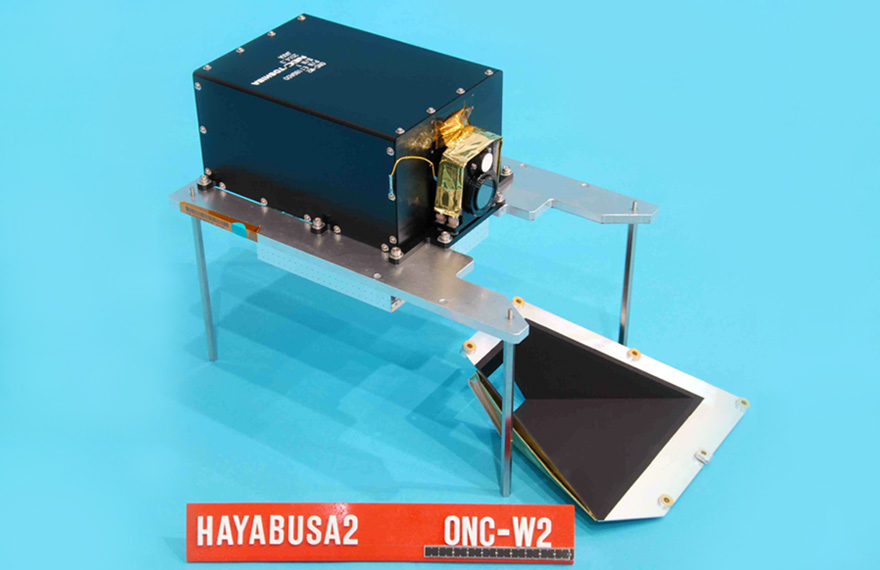 We† aim at global spectroscopic observation of the world’s first C type asteroid, and we are planning the science observation planning, proofreading observation and analysis system of the engineering navigation camera (ONC) mounted on the asteroid explorer Hayabusa 2. Spacecraft Hayabusa 2 is a JAXA asteroid explorer launched from Tanegashima in December 2014, after arriving in C-type asteroid Ryugu in the summer of 2018, aiming to return the earth to the winter of 2020 after collecting the surface sample There.

The significance of Hayabusa 2 exploration and the role of visible camera:

Exploring asteroids is not only about knowing the origin and evolution of one asteroid, it also leads to knowing the process of formation of the entire solar system. “Hayabusa 2” exploration has roughly the following two objectives.

1. To get the key to elucidate the evolutionary transition of materials from primitive planetary discs to current asteroids.

2. To elucidate the structural formation and mechanical properties of the microgravity debris astronomy which is the leading role of planet formation.

Detailed remote sensing observation (remotely observation) plays an important role to achieve these objectives. However, it is impossible to attain the above objective only by observation with the remote sensor, and sample collection and detailed analysis on the ground are indispensable. For the accurate interpretation of the analysis result of sample collection, information on the place where the sample is produced and information on the output are indispensable. Obtaining this information is also an important role of the remotzen observation.

First, the shape / morphology observation of (i) is based on the average density of heavenly bodies (by combining with gravity measurement), internal density heterogeneity (from the observation of coincidence / inconsistency degree of the principal axis of inertia and rotation axis), collision, It is useful for elucidating the mechanical properties and history of asteroids mainly such as history (from the spatial distribution of surface particle size and shape), observation of crater formation by SCI called SCI. In addition, global shape observation and local topography observation are also very important from the engineering point of view of securing touchdown safety. Although the science and engineering goals of shape and form observation by ONC are diverse, the actual observation and analysis are to prepare the global shape model and local topography model of the asteroid precisely and to observe the rotational motion of the entire asteroid . These observations and analyzes are basically the same as observations carried out at Hayabusa’s first machine (Fujiwara et al. 2006). However, the mechanical properties of the constituent materials of C-type asteroid Ryuugu searched by Hayabusa 2 are highly likely to differ greatly from Itokawa of the S type asteroid explored by the first machine, and a completely new scientific outcome is expected. Moreover, in the Hayabusa 2 plan, the rendezvous period of the exploration asteroid is drastically prolonged as compared with the first aircraft, and the aim is to realize more detailed shape and form observation.

The other (ii) spectroscopic observation is mainly aimed at elucidating the material science aspect. From a material scientific point of view, it is different for Itokawa (S type asteroid) and Ryugu (C type asteroid) as much as the moon and Mars. It is collectively called “asteroid” from the smallness of stars, but from the material science point of view S-type asteroids and C-type asteroids differ in character as the moon and Mars. Differences in its material science features appear greatly in spectroscopic properties. For that reason, the contents of spectroscopic observation and required accuracy are greatly different in “Hayabusa” first aiming at S type asteroids and “Hayabusa 2” aiming at C type asteroids. In particular, unlike the S type asteroid, which has a strong absorption band in the ultraviolet region and the vicinity of 1 μm as in the moon, the C type asteroid has a flat spectral shape poor in characteristics from the ultraviolet region to the near infrared region. On the flat spectrum, weak absorption bands (estimated to be derived from hydrous minerals) are on the ultraviolet region and around 0.7 μm (Bus and Binzel, 2002), and this weak absorption band It is necessary to investigate the substance distribution from the strength and shape. This situation is very similar to the observation of Mars Remzen which searches for hydrous minerals from among anhydrous iron oxide dusts with poor spectroscopic features.

In addition, in Hayabusa 2, we also actively use asteroid imaging at extremely high resolution (up to 1 – 5 mm / pixel) before and after touch down (TD) by W 1 and W 2 for scientific analysis. Since this observation is a monochrome image acquisition, it is mainly positioned as one of the morphological observations, but the information on the physical state such as the shape of the surface constituent particles and the void ratio is also very important from the material science point of view. 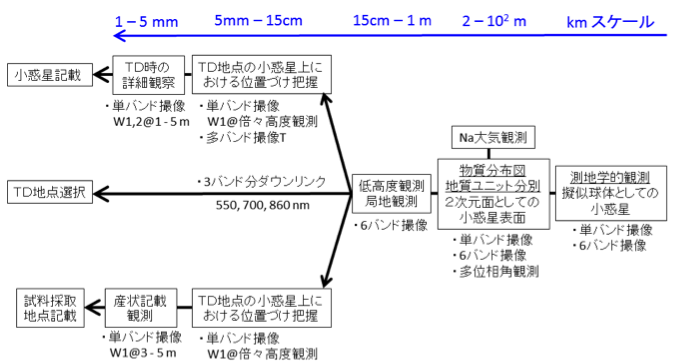 Another important point about ONC’s scientific observation is the diversity and importance of cooperation with other equipment. ONC is expected not only to perform scientific observation as a single device but also to provide data giving context information to data from other devices. In this regard, in addition to the hardware performance of the equipment, it is very important to design and implement an appropriate plan concerning the operation plan and data processing such as simultaneous observation.

A conceptual diagram of cooperation with other equipment is shown in Fig. A particularly important point here is the continuity of the observation scale. In order to seamlessly cover the dynamic range of the spatial scale over nine orders ranging from the asteroid diameter of the Km scale to the nm expected in the ground analysis of the sampled sample, detailed observation of the TD surrounding area by W 1 and W 2 is performed by MASCOT and NINERVA Alongside landing imaging observation is important. 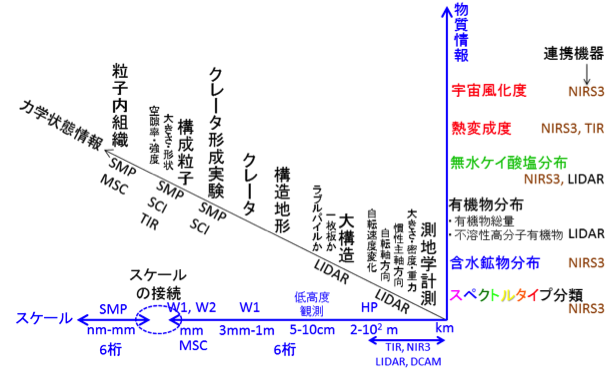 Hayabusa 2 spacecraft went on earth swing by on December 3, 2015. Hayabusa 2’s visible camera took this opportunity to image the earth and the moon. Since the obtained image is the final surface light source image that can be imaged before arriving at the asteroid Ryugu, it is very valuable machine data to evaluate the performance of this camera. It was confirmed that the CCD and optical system of each camera of ONC had normal function and performance by image data obtained by imaging from launch to the earth swing by. Specifically, dark current value, bias value, sensitivity in each band, white noise of electromagnetic noise level, etc. were confirmed. Image data obtained by Earth and Moon imaging before and after the swing by shows that ONC-T and W2 have image quality that can withstand imaging of surface light sources with complex luminance distribution. 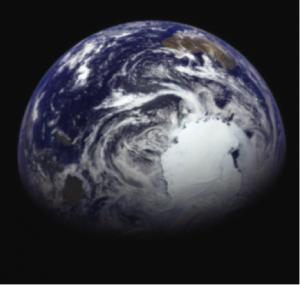 Figure 5. An image of the Earth taken by ONC-T at 13: 9 (Japan time), December 4, 2015. The distance between the earth and “Hayabusa 2” is about 340,000 km. You can see the continent of Australia in the upper right of the image and Antarctica in the lower right.

The development and operation of the planetary explorer takes many years. In order to further develop the Japanese Primorial Celestial Exploration which has been connected with “Hayabusa” and “Hayabusa 2”, preparation for the next one of “Hayabusa 2” from the stage before “Hayabusa 2” arrives in Ryugu It is necessary to start. One of them can not expect great success with the mere iteration of conventional technology. Based on the experience gained from experience of “Hayabusa” and “Hayabusa 2”, we should aim for a new leap. Because of this leap, the opportunity for demonstration of new technologies using UTOPS’s micro planetary explorer plays a very important role. Toward the development of cameras equipped with microminiature planetary explorers, it is also a task to accumulate knowledge necessary for the development of next-generation imaging devices through the operation of ONC and scientific observation, “Hayabusa 2”.