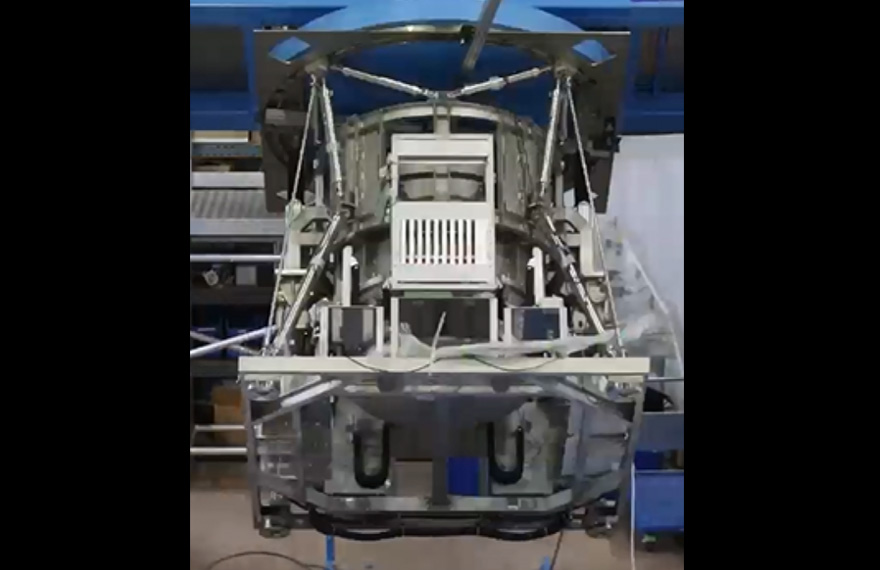 Intermediate infrared device that is being adjusted in the laboratory MIMIZUKU

In our group we are developing MIMIZUKU, an intermediate infrared observation device for TAO 6.5 m telescope (Kamizuka + 2016). This is a device that covers a wide wavelength range of 2-38 μm, especially long-mid infrared of 26 – 38 μm is the wavelength that only this system can observe on the ground. Moreover, by installing 2 visual field synthesis system, high precision monitoring observation is realized (Uchiyama + 2016). 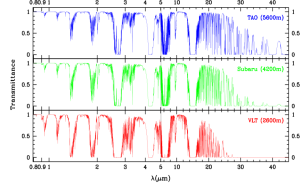 Mid Infrared, which is the observation wavelength of MIMIZUKU, traces the region of 50-1500 K well, and since there are many solid-state spectral features, it is suitable for studying the dust of the universe. We will work on elucidating phenomena such as star and planetary system formation, star evolution, supernova and so on around the observation of this dust. Specifically, the following observational research will be carried out.

How the planet like the earth was formed is one of the most interests of modern astronomy. In theory, it is believed that a large-scale collision phenomenon called giant impact occurred at the time of formation, but there were no examples observed in the extracellular planetary system, and when, where, and how many occurrences were caught observably Not. MIMIZUKU’s wide wavelength coverage, high resolution and monitor capability are optimal for investigating the dust distribution and time variation of radiation due to giant impact. We make statistical discussions through observations and approach the formation of solar system planets.

What kind of celestial bodies supply dust filling the galaxy everywhere is the greatest mystery left in substance evolution of the universe. In order to clarify this, Magellanic clouds capable of decomposing individual stars while looking over the entire galaxy are good candidates for research. Dust supply of Magellanic cloud Observation of stars has been performed vigorously mainly on satellite telescope, but it is difficult to take correspondence of individual celestial bodies because spatial resolution at mid infrared is insufficient. In addition, dust supply stars basically involve metamorphism, but only snapshot-like observations have been made, which made it difficult to classify celestial bodies. MIMIZUKU has a resolution of nearly ten times that of 1.2 s in a square at 30 μm, and it is possible to monitor observation over a long period of time. With this ability we want to observe the dust supply celestial body, especially the dust buried deeply in the dust (Dustiest Stars), and to elucidate the dust supply problem of the universe.

Regarding the formation of dust, its elementary process is not well understood. Especially in late-type stars, it is thought that dust formation drives the star wind and eventually determines the evolutionary process at the end of evolution, understanding of dust formation in the star-circumference space is essential for comprehensive understanding of star evolution is there. Since such dust formation occurs several times to several tens of times the star radius, observation of intermediate infrared rays is important from the near. Also, since many of the celestial bodies supplying dust are variable stars, temporal monitoring observation is essentially important. The wide wavelength coverage of MIMIZUKU is optimal for viewing a wide region including a molecular region and a dust formation region from a light sphere and its high monitoring ability is how the star’s light change propagates to dust formation It is effective in seeing how to go. I would like to approach the elementary process of dust formation by continuing observation of dust supply star around the late type star in the neighborhood.

The intra-solar system celestial body is an interesting research subject in considering the formation of planetary system because it enables observation and measurement much more precisely than outside the system. Although research of these celestial bodies is energetically carried out in explorers and the like, it is periodically and suddenly changing its appearance, so the combined use with monitoring observation is essentially important. MIMIZUKU has a wide field of view (half angle) in the middle infrared device, and it can also correspond to monitoring and unexpected celestial bodies, so it plays an important role in the observation of objects in the solar system. Specifically, observation of Jovian magnetosphere and Io volcano, Venus atmosphere, comet outburst, hydrous mineral asteroid, etc. are the main observation target.

MIMIZUKU is being assembled and adjusted in the laboratory of Mitaka campus as of 2017/3. Approximate system is nearly complete, and comprehensive test including detectors will be carried out in the future. After that we transported to the National Astronomical Observatory of Hawaii Observatory and we will be observing the functional test using the Subaru telescope. It is planned to transport to the TAO telescope around 2019 and carry out scientific observation.

Technology development for the future

In MIMIZUKU, various new technologies are used to realize observation in the 30 μm band. As a wavelength selection filter, a metal mesh filter using a metal thin film instead of a conventional interference filter has been developed and used (Sako + 2012), and a structure called moth eye is used for the antireflection coating of the lens (Imada +2012, Kamizuka + 2014). Also, the development of a low-temperature vibration mirror for realizing high-speed view switching (Mori + 2016) has also been advanced. These technologies can be applied to observation equipment for ultra large telescopes in the future and observation equipment equipped with satellites, and in collaboration with the TMT / MICHI team, the SPICA / SMI team, etc., we will promote the development and accumulation of technology ing.

A 31 μm band bus mesh filter developed. The central octagonal part is the filter part, the opening is 25 mm. In the mesh part, 2 μm thick SiC is gold-coated, and a cross-shaped hole of 16 μm is on the front surface.